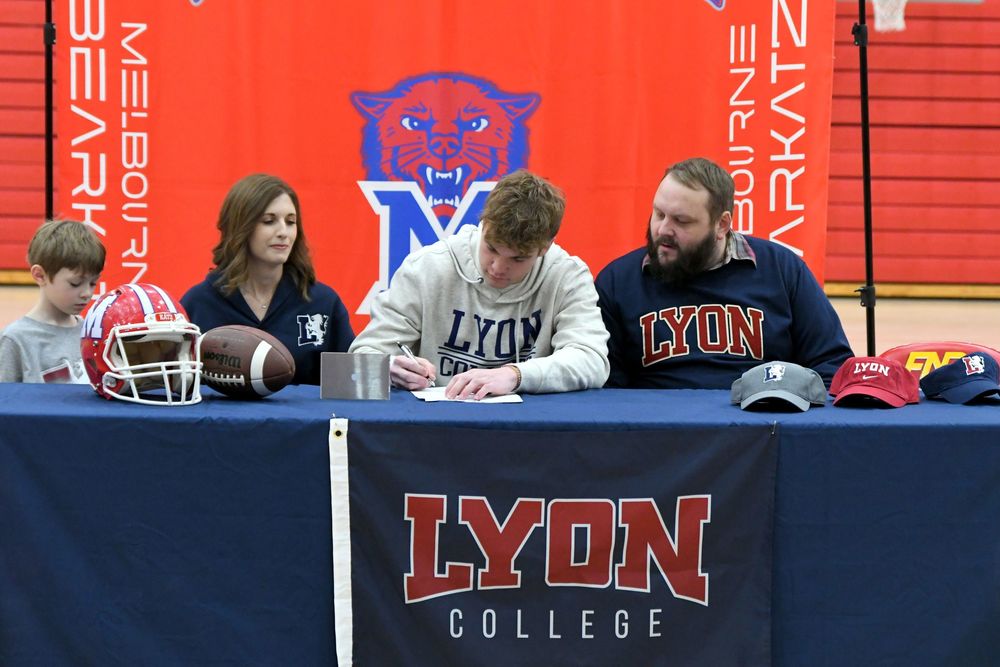 Upon arriving at Melbourne High School, Chris Burris told Coach Dillon Ham he could dunk a basketball and he wanted to play college football.  Coach Ham remarked he was skeptical about Burris’s statements so he took him to the gymnasium where Burris proved he could dunk and today he fulfilled his second statement and signed with Lyon College to play football.  Coach Ham stated, “He proved himself on both accounts and I am very proud of him.”

Chris Burris signed his National Letter of Intent with Lyon College to continue his education and play football for the Scots in a ceremony Wednesday at Melbourne High School.  Chris has played football for 2 years at Melbourne High School.  Chris has had a wonderful support group including Dixie and Toby Shelton who he now lives with after his mother Sheri Jones passed away.

It takes more than just athletic ability and hard work for these student athletes to continue playing the sports they love at the next level.  Hard work encompasses academics as well as athletics and athletes must maintain their grades. Congratulations Chris! 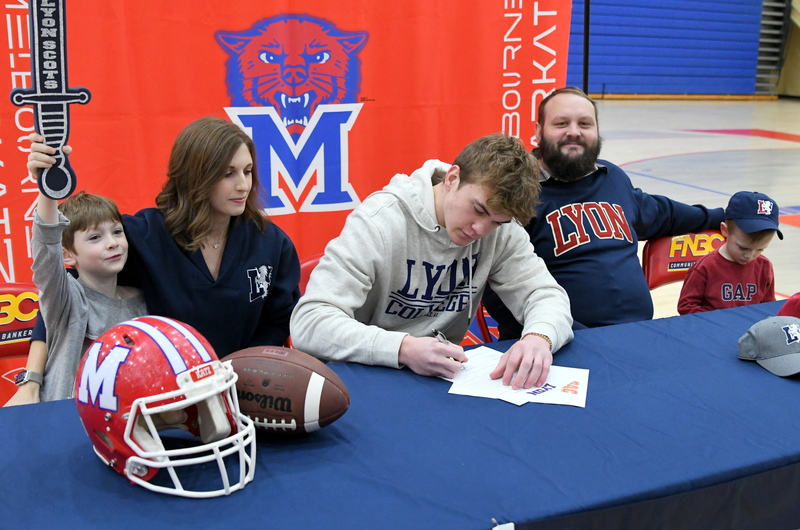