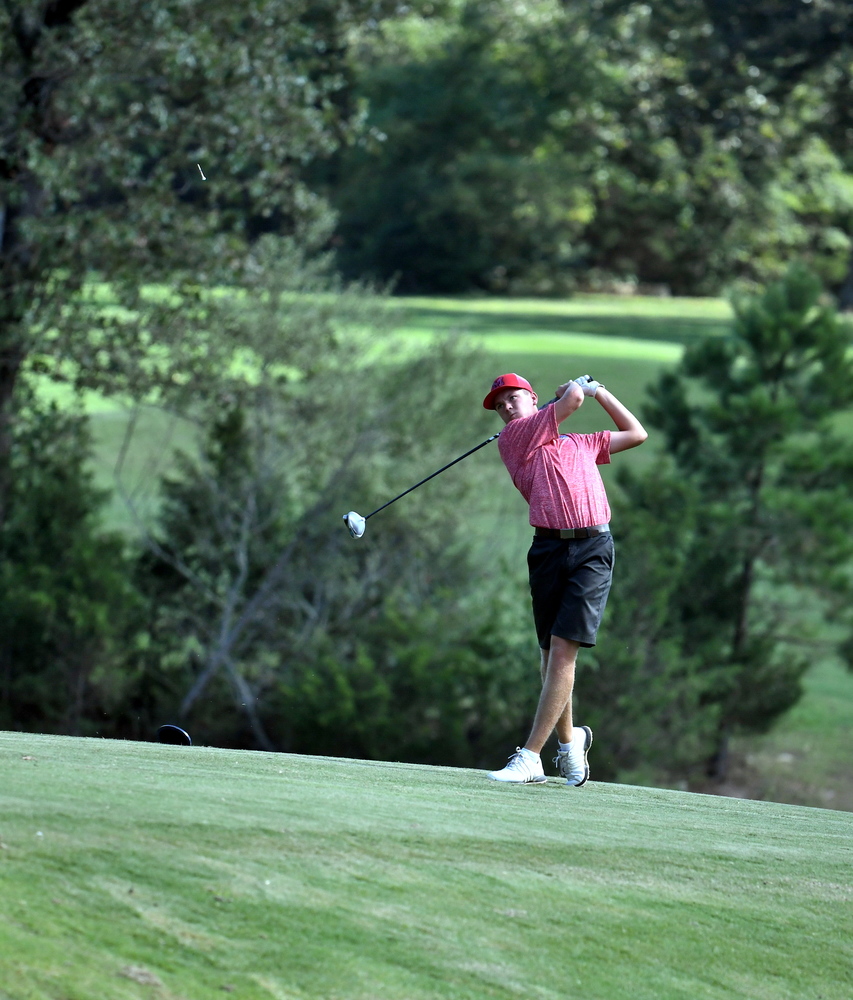 Melbourne’s boys recorded the best team score in their match against ICC, Salem and Flippin on Tuesday at Turkey Mountain.  The Katz shot a 109, nineteen strokes better than the closest team.  The Bearkatz scores included Caden Griffin leading the team at 32, and he was followed by Roby Cooper with a 38.  Bradie Gunther scored a 39, Carter Manry a 42, Brennon Burch a 43, and Easton Griffin scored a 48.  Caden Griffin was the medalist for the boys match.

The Lady Bearkatz placed second in the match with a team score of 161.  Sophie Love led the Lady Katz with a score of 46, followed by Annie Blevins who shot a 54, and Madison Woodall with a score of  61.  Annie Rush scored a 64, Bailey Smith a 70, and Ashton Reynolds scored a 74.   Sophie Love was the medalist for the girls match.

“I’m so pleased with how well our teams have played out of the gate.  They’re going out and attacking courses being aggressive and playing to win, but still going out and having fun.  They’re a really neat group to coach, and I’m beyond fortunate for the opportunity” responded Coach Blake Smith when asked for comments.  This match victory for the boys is their third consecutive match victory this year!  Congratulations!